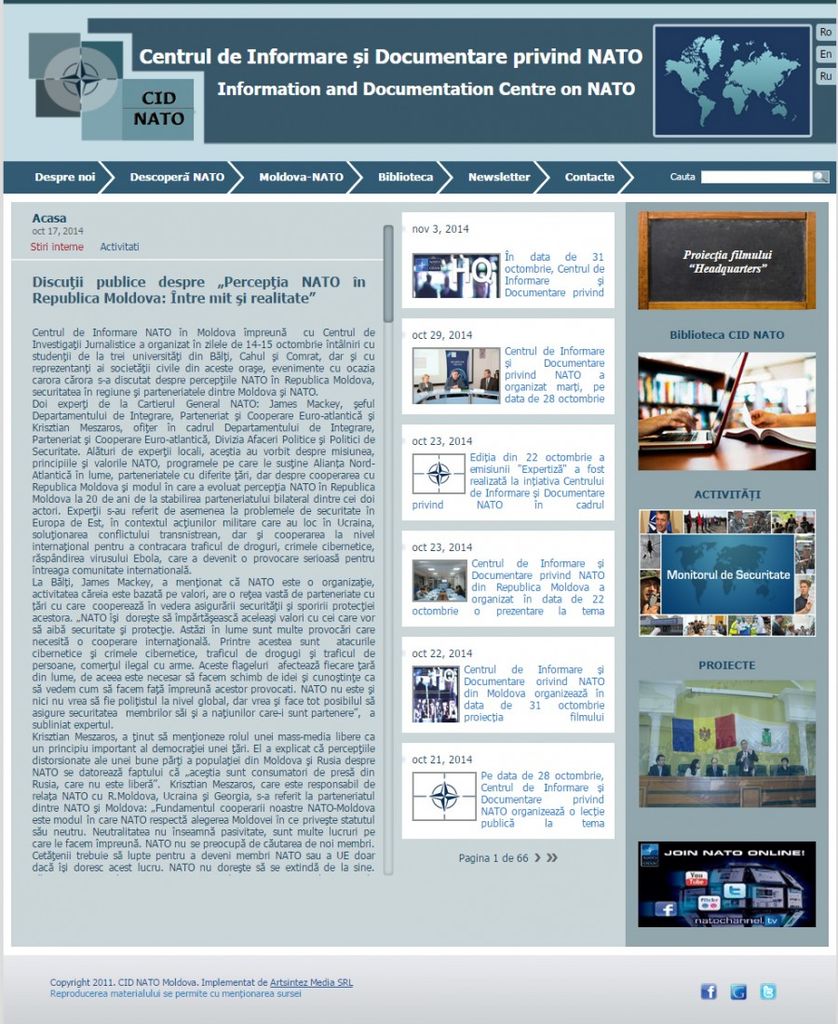 North Atlantic Treaty Organization (NATO) is a politico-military defensive alliance consisting of 28 countries from North America and Europe created in order to protect the freedom and security of Member States by political and military means in accordance with North Atlantic Treaty, signed on April 4, 1949 in Washington.

The fundamental principle of NATO activity is common commitment in supporting of mutual cooperation between Member States, based on the indivisibility and security of its members.